Now that I work on Eclipse which is Open Source, I decided to give some serious thought to the question - why allow your software to be used for free? 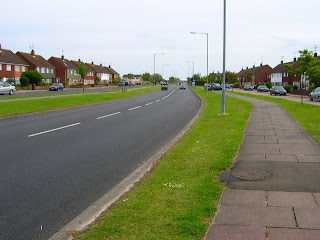 http://www.geograph.org.uk/photo/176270
Before getting to software lets see if some other things have been allowed to be used for free in the past. The first example I can think of is Roads - governments construct roads and let people use them for free. The goal of the government is to make places - markets, malls, industries, schools etc - on the road to be more accessible. These places in turn generate money and the government earns its taxes from them which in turn are used to construct more roads. 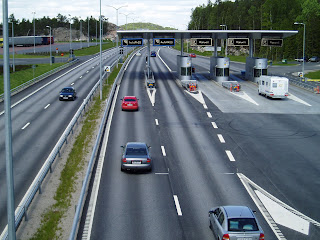 In both cases the roads do not serve any purpose other than make places accessible where the actual work gets done and people make money. True you can go for a nice relaxing drive but that is not the primary use of a road.

In software world, an example of 'Toll Road' would be Microsoft Windows - people do not pay for Windows just to click around with a mouse; they probably need a word processor, a browser, a presentation maker etc to get some work done. Since historically there were not many choices in operating systems and Microsoft managed to market Windows well - people ended up paying for it.

Now Eclipse began as an IBM project which was later made open source. The Eclipse foundation has a number of strategic members and I think all of them sell products built of top of Eclipse platform and make money. Eclipse being a free and open road means that the road is just awesome and a lot of people use it, making the final destinations (commercial products) that much more profitable.

MySql also has a free version and an enterprise commercial version. Mozilla Foundation makes money from Search royalties and some donations. However if Netscape had defeated Microsoft in the browser wars over a decade ago then I do not think we would have been using Firefox for free. (Maybe all of us should thank Microsoft for this :p )

I assume something similar happens in Apache, Linux worlds and other open source projects. If you are not able to make people pay for the road, you give it away for free, create a huge user base or community, invite contributions from this community and then reap benefits from making money at the malls, industries, schools down the road.
Deepak at 2:32 AM
Share